Underwear is men's personal object, it can’t be chosen casually. It will greatly affect your own health and wearing experience if you choose the incorrect one. We don’t need to avoid to talk about the choice of men's underwear, we could face it directly and generously. So how do we choose the underwear? Take a look at these rules of how to choose underwear below.

Briefs are the memory of many boys since childhood, especially the briefs made of pure cotton. It almost accompanies the growth of adolescence. The advantage of briefs is that UNITE's comfortable cotton underwears for men have good support and can provide enough wrapping and support. It will not bring discomfort even the active boys do a large amount of exercise. 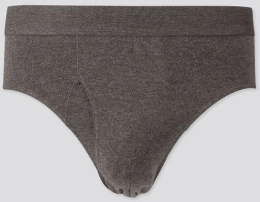 ▲Good support is the characteristic of briefs

Boxer briefs are the type of underwear that most boys don't start wearing until they reach adulthood. Boxer briefs are similar in design to shorts, but are looser due to the elastic waistbands, and usually have openings and a gusset on the front. At the same time, the underwear is more loose and comfortable than the briefs. In particular, the tightness at the root of the thigh is more close-fitting than ordinary shorts. 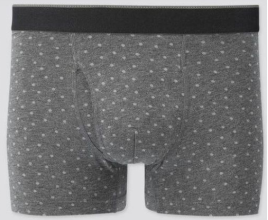 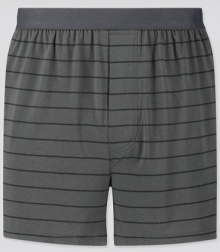 ▲Shorts can be worn inside or outside.

Let's get to know the types of Unitex men's underwear after understanding the simple classification of men's underwear,. According to the latest classification of Unitex, men's underwear is divided into 6 categories. There are 6 categories of Unitex Men’s Underwear according to the type of underwear, weaving method and material, including: knitted shorts, boxer shorts, briefs shorts, mesh shorts, woven shorts. The first one is knitted shorts. The fabric is mainly composed of cotton blended fabric, which is good for fit, softness and skin-friendly.

This knitted shorts is made of 100% cotton material with a flat-angle design. There is no independent partition setting for the crotch, but it is relatively loose overall. It is suitable for people who like loose style. The front part has a hidden opening and which is fastened with buttons.

High-Waist knitted boxers, As the name suggests, this series of underwear is a boxer style, and the material is made of cotton-based blended raw materials. Structurally, the triangular area is independently partitioned, fully considering the wearing experience of different groups of people. It can also be seen from the material ratio that because 5% of spandex is added to the pure cotton material, the stretch of this product is much better than the traditional 100% pure cotton fabric.

Low-Rise knitted boxers, Compared with the boxer knitted series above, this low-waisted knitted series has a shorter waist and also adopts a partitioned design, but there is no opening in the front, which is more suitable for people who are used to wearing such underwear. There is no difference in material composition from the previous boxer briefs, so the stretch and comfort should be the same.

At present, there are only a few types of briefs shorts to choose from, which belong to a relatively small type. Although boxer underwear is currently the mainstream form, there are also many consumers of traditional briefs underwear. These briefs from Unitex are made of long-staple cotton material combined with spandex for breathable and stretch. The front part has an opening design, which is convenient for toileting.

▲The triangular style has no partition design due to its good support effect.

The material of the mesh shorts is still polyester and spandex, but the weave is different. Although the mesh-type weave sacrifices a certain degree of skin-friendly, it improves the evaporation of sweat, and the air permeability is also better. Therefore, it is more suitable for wearing during long-term exercise. It can quickly evaporate the sweat on the surface of the skin. The fabric has stretchability and comfortable texture, which helps to fit the skin gently. 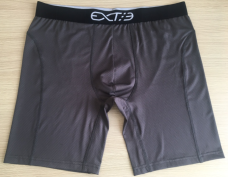 Woven shorts are made of 100% cotton poplin fabric, so the hand feel is harder and smoother, closeing to the texture of wearing shorts. Therefore, such underwear can be worn both inside and outside. The drape of these underwear is much stronger by using the cotton poplin. At the same time, the waist part of the shorts comes with an elastic waistband, which belong to loose fit as a whole one and can be worn as underwear or shorts. And this series of underwear is more inclined to home wear in terms of tailoring and design. 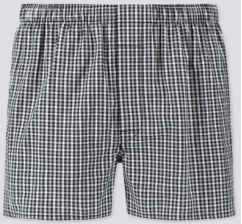 These plaid shorts are made of 100% cotton poplin. It looks younger than the knitted ones. It adopts a plaid pattern style and has a loose design, which can be worn both inside and outside. The design of the plaid pattern is quite popular. Many programmers love to wear it as it supports a light skin touch and a comfortable wearing experience.

▲ It is also a plaid underwear that can be worn as beach pants or home wear.

▲ The opening of the front gear hidden in the pattern is difficult to see clearly. 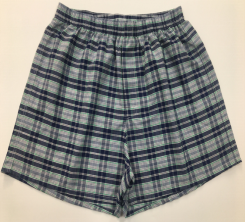 If you're tired of boring tight underwear (or other basic underwear options), Unitex is the easiest way to liven up your underwear drawer. While you can buy items individually, the customized men's underwear allows you to save money and effortlessly build a collection of fun and colorful underwear.