The Popular Types of Men's Underwear On the Market

Underwear is an essential necessity in everyone's life, and it can be a very personal topic; we all wear it, but few people talk about it unless they have a major complaint. The best underwear should be comfortable and breathable for your daytime activities or your night's sleep. But how do you know what kind of underwear to choose? The options in store or online can be overwhelming, so we want to try and simplify things for you. In the following opinion piece, we'll outline the different types of underwear, tell you about the different types of men's underwear, and recommend our favorite underwear for you.

This kind of underwear was born as early as the 1930s, and it is also commonly known as briefs. It is characterized by an inverted Y-shaped line on the front. The characteristics of this underwear is appropriate and comfortable.

The Chinese translation is boxing briefs. Both classic and practical, it is a representative of British civilian style in the history of men's underwear development. It is the loosest type of men's underwear, but when buying, try to buy a slim fit. If a pair of underwear has too much fabric, it's bound to wrinkle and protrude under your trousers, making them appear bulky. Many foreign politicians and a few business tycoons like to wear boxers, and they feel that they don't need to deliberately promote their appearance and presence. But with the development of the trend, another extreme customer group has emerged, such as hip-hop boys and skateboarders, who like to buy breathable boxer shorts and use them to match the fat jeans whose waistband falls to the crotch.

It originated in the 1990s, between briefs and boxers. The tight-fitting boxer pants are designed to fit the thighs and lift the buttocks to make the figure look very fit. Suitable for matching with suit trousers, it can keep the buttocks of the outer trousers smooth, especially for men wearing thin outer trousers, avoiding the embarrassment of the concave buttocks in the underwear. Has been sought after by business elites and white-collar workers, both comfortable and stable. Many well-known brands such as Calvin Klein (CK), Armani, Boss, D&G, Aussiebum, etc., as well as our professional Unitex China underwear manufacturer factory have put a lot of effort into the product design of tight moisture wicking boxer briefs.

High fork of men’s underwear is an innovative design of briefs, because it reduces the restraint on the thighs, it is loved by many men with thick legs. Especially in the hot summer, high-cut underwear will be cooler and more comfortable to wear. Unitex's bikini triangle series incorporates the concept of bikini on the basis of the high fork design. The high fork and low waist make it the best choice for summer underwear. At the same time, high fork of men’s brief underwear will also greatly enhance the sexiness and add more fun.

G-String is also what we usually call thongs, T-back, in appearance, this is the sexiest kind of underwear. T-back cotton thong underwear is one of the wardrobe must-haves for many people in the fashion industry, because it is the best choice when paired with tights. In addition, many men who like to sunbathe on the beach also like to choose this kind of underwear.

1. Comfort is always the first consideration when purchasing.

2. Underwear should be able to absorb sweat.

3. It is durable and washable.

4. The fabric has good elasticity.

5. The cutting of the front file is three-dimensional.

6. Conform to one's own personality or preferences.

Unitex Underwear, a professional underwear production supplier, has been in the underwear business for more than twenty years. We have our own professional team and factory. Our factory specializes in the production of cotton spandex men's underwear, not only good at any variety of ordinary men's underwear, but also can make all kinds of high-quality men's boxer shorts underwear according to customer requirements. If you happen to be looking for underwear suppliers, we may be your best partner. 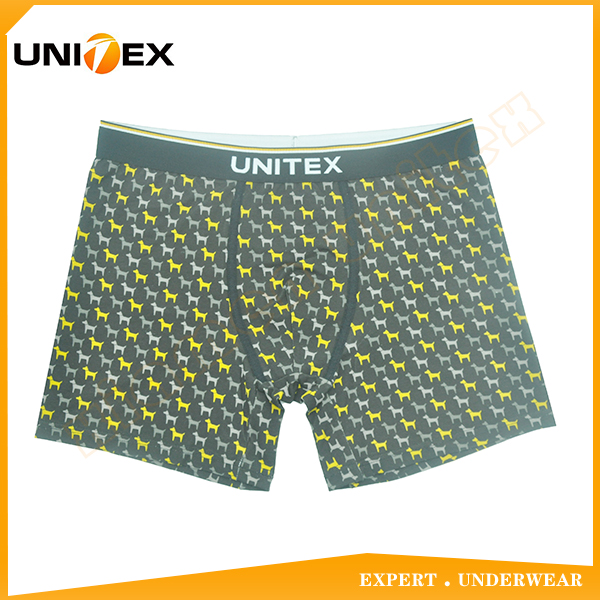